You are interrested in testing the bleeding edge functionalities and features added by contributors every day, and you are not afraid of bugs that will inevitably crop up from time to time ? Then this page is for you !

You are going to learn :

This might be a bit daunting at first, but the rewards in term of simplified workflow and direct access to new features is well worth the effort! If you have any problem during the setup or at any other point, don’t hesitate to ask the community for help!

This guide assumes that you already setup your development environment, like a “normal” mission designer. Which means Lua Development Tools (LDT) is installed on your computer, and you already know how to create a mission using MOOSE. If it is not the case, please follow the instructions here before proceeding.

1.1) Get your MOOSE repository installed on your PC and linked with GITHUB

Install GITHUB desktop. Since the MOOSE code is evolving very rapidely between Releases, we store the MOOSE code on GitHub, and we use the GitHUb to sync it between the remote repository (the “origin”) and your local MOOSE repository. That way, only one click is needed to update to the latest version of GitHub.

Install 7-Zip if you don’t already have it. It is a free and open source file archiver program. Since DCS’ .miz files are simply renamed .zip files, 7-Zip is very usefull to manimulate them. We are providing the MOOSE testers and contributors with tools to batch process their .miz files, and they rely on 7-Zip. Keep the path to your 7-Zip installation handy, it will be use in the next step !

The other directories contained within the repository are for administration and automation of the deployment process.

Moose Static Loading is what the “normal” mission designer uses.
Simply put, you would include all the code of MOOSE by including just one Moose.lua file.
So by executing a DO SCRIPT FILE within your mission, you would load the complete MOOSE code within your mission. This process is very useful when you are using a stable Release of Moose which don’t change often, because it is really easy to set up for the mission designer.
It also allows him to release missions which are contained in their entirety in the .miz file.
But in a context in wich Moose changes often, static loading would require the generation of a new Moose.lua for every change within the MOOSE framework and you would need to replace the old Moose.lua in the .miz file you are using to test the changes. Add to this cumbersome process the fact that the Mission Editor doesn’t like changes to the .miz file while it is open, which means you would need to close and reopen the Mission Editor for every change, and this process becomes unworkable for both the tester and the contributor.

So, beyond the Static Loading, there is the Dynamic Loading, which allows a much more smooth proces while testing your missions.

Enter Moose Dynamic loading. In this process, the Moose.lua you insert in your .miz file looks for every .lua which constitute Moose in DCSWorld\Scripts, and asks DCS to load them during the mission startup.
This way, the latest changes to the MOOSE .lua files in DCSWorld\Scripts are automatically taken into account when you restart the mission, no need to fiddle around with the .miz file or to close the mission editor! Now, there is still a problem left : you wouldn’t want to have to copy the MOOSE .lua files from your local repository to DCSWorld\Scripts, everytime you retrieve a new version of Moose. The solution to this problem is a dynamic link!
Simply put, it makes sure that the folder DCSWorld\Scripts\Moose is always in sync with your local MOOSE repository on your disk.
That way, everytime you want to update to the next Moose, you simply sync your local repository with the remote with GitHub, and restart your mission ! Note that if you want to release your missions to end users, you will need to make it use the static loading process. There is a tool to automate this task, read below.

4) Tools to help you manage your .miz files

TODO : Add a list of the .miz files tools a briefly explain their usages

To ensure that the next Release of Moose is as bug-free and feature rich as possible, every Moose contributor respects a release cycle. 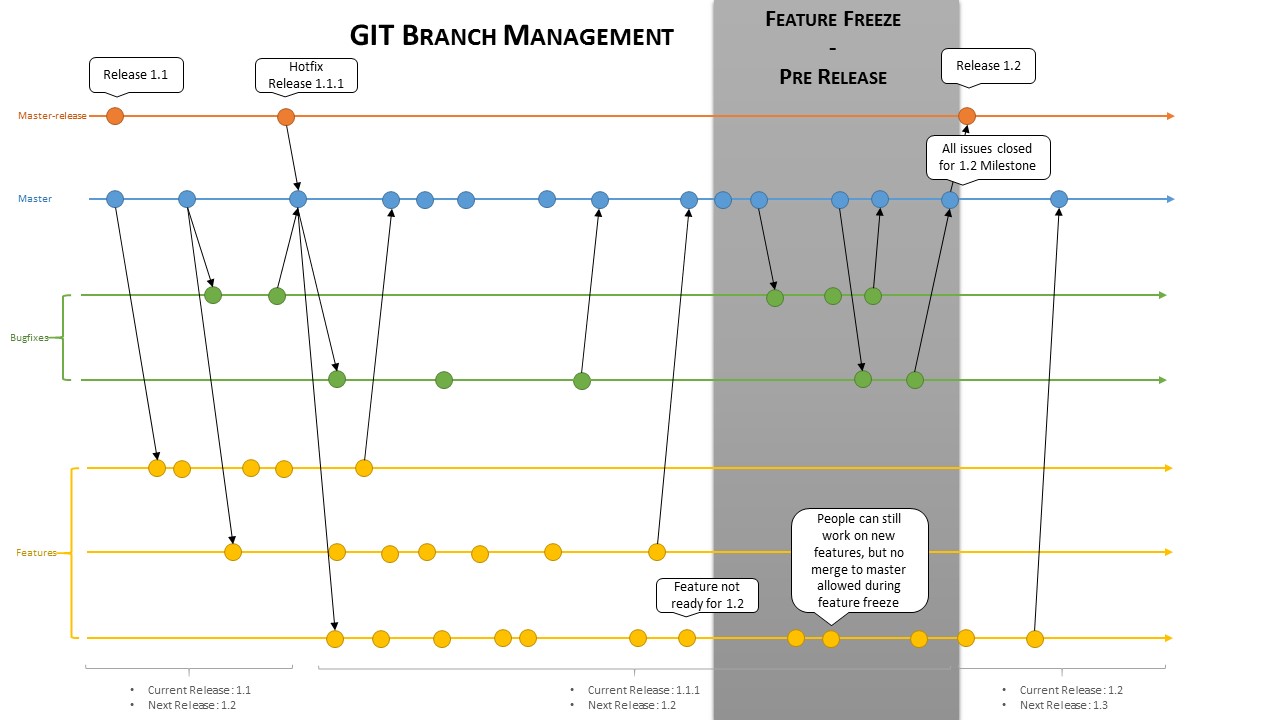 If you are not familiar with Git, this might be a bit criptic, but the idea behind it is simple :

If you encounter what seem to be a bug, which is bound to happen sooner or later since you are testing the brand new untested features of Moose, you will want to report it so that it can be solved by the contributors. We use the standard GitHub Issue Tracker. Here is the process to create a new issue :

Informations we need to solve the issue 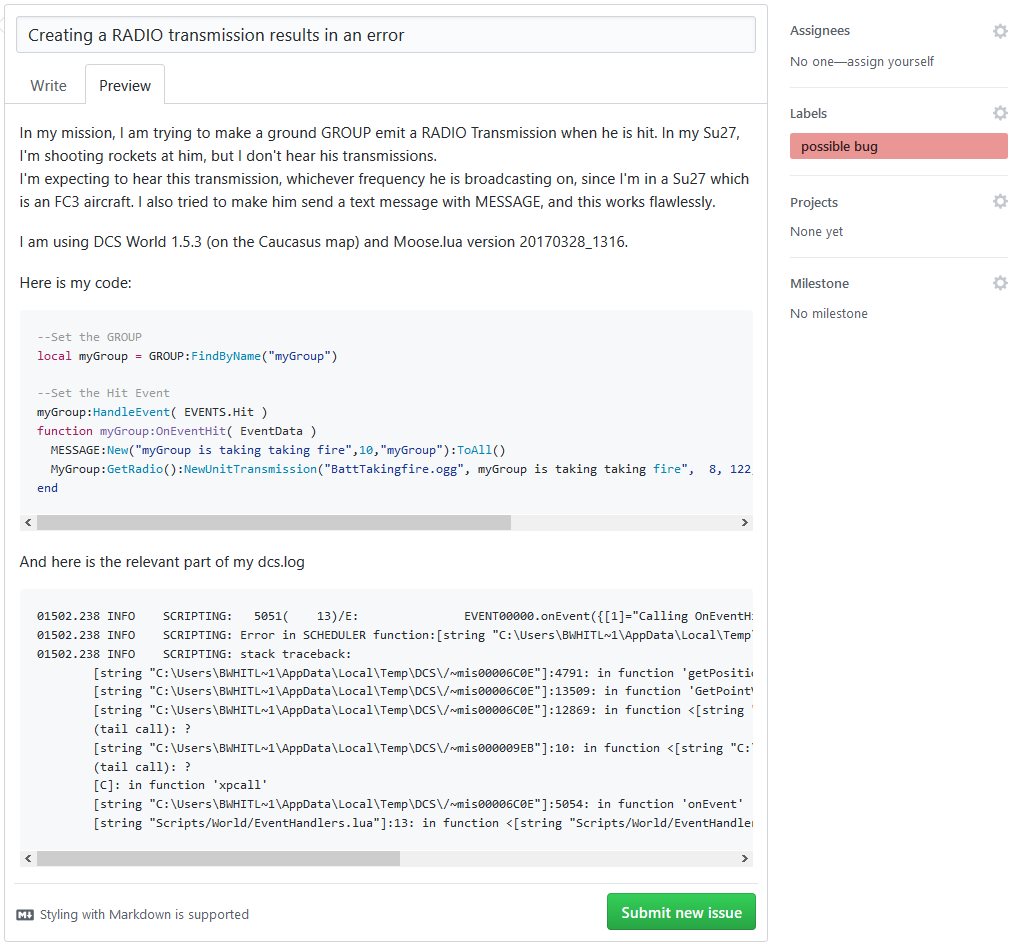 What is going to happen next to my issue?

Wait, my issue was closed, and it never got fixed ! / Nobody is paying attention to it !

This can happen for multiple reasons :